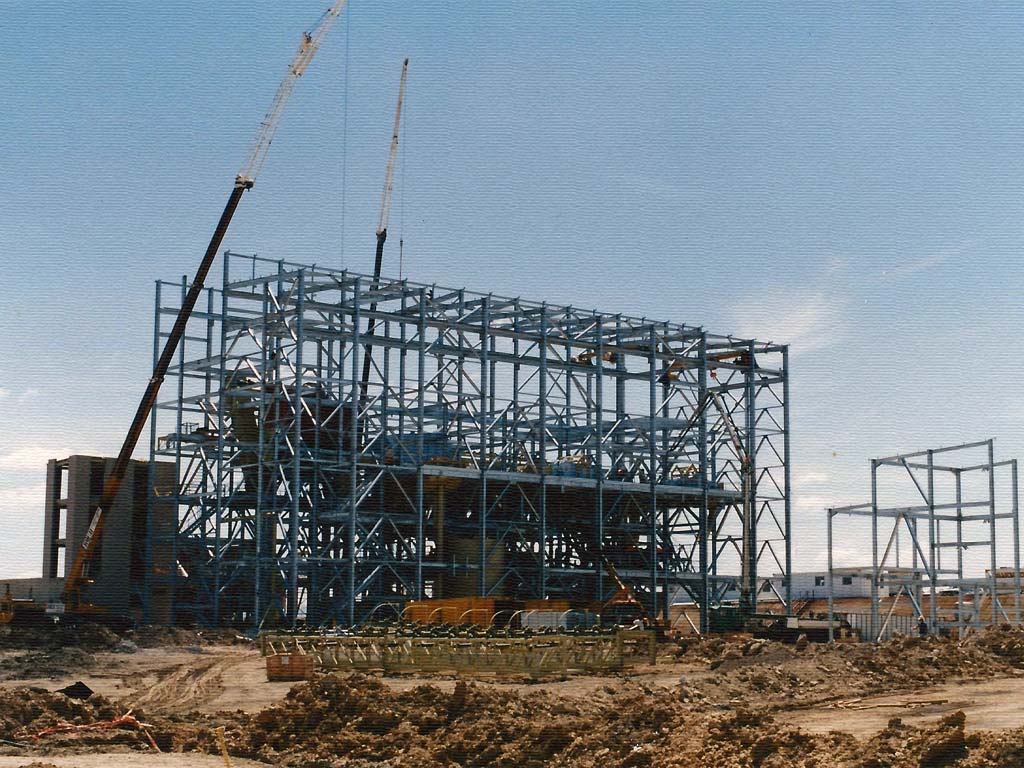 The  washery/screen house is founded on bored concrete piers varying in depth between six/twenty metres. The site of the screen house contained a discontinuity within the subsoil profile at about midpoint in its length which was not identified during the initial geotechnical investigations. This resulted in the need for increasing the length of over half the bored piers supporting the main structure to a depth of 20m in order to find a suitable bearing strata (this compared to 8-10m as per the original design).

The superstructure consists of a mix of a portal/braced structural steel frame. The building as a whole was modelled using SGASS and STRAND structural software for both static and dynamic loading conditions.   The ground floor level consists of a concrete slab on ground with localised thickenings to support the ground floor mounted sumps and pumps. The adjacent control room is constructed from a braced steel frame clad in precast concrete wall panels.