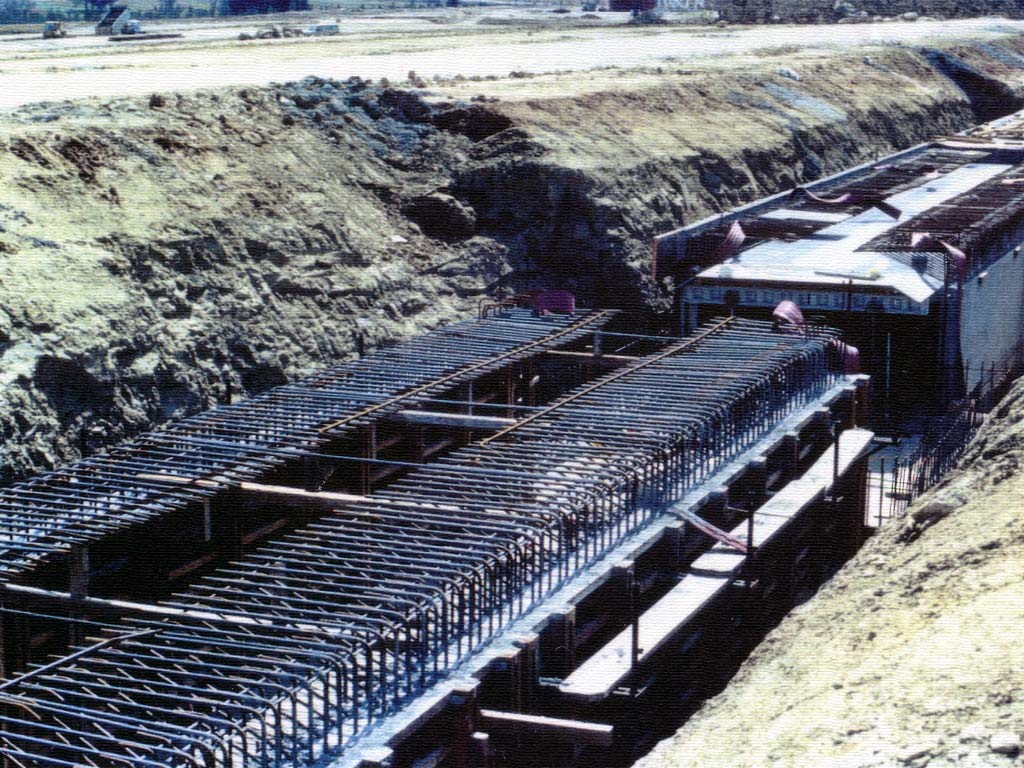 The Reclaim Tunnel is nominally 300m in length with eight discharge points.

Floor mounted vibrating feeders reclaim and blend coal from a 20m high stockpile situated above. At the dead end of the tunnel and perpendicular to it, runs a small escape tunnel formed from precast culverts.

Prior to pouring the concrete base of the tunnel a 300mm layer of cement stabilized sand was placed and compacted at the bottom of the excavation in order to provide a consistent and even base upon which to build the tunnel.

The tunnel was cast in 12m sections with articulation, expansion and and control joints placed along the length of the tunnel.