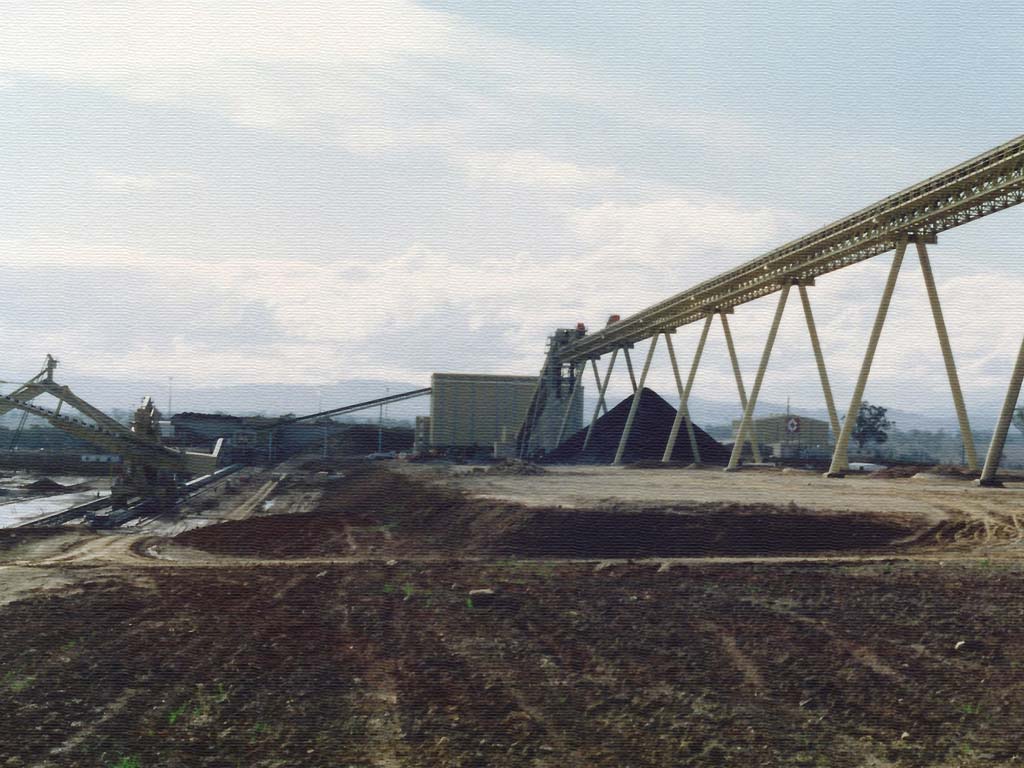 The Camberwell Coal Mine opened by the then NSW Premier is located in the heart of the Hunter Valley, about 10 km north west of Singleton and linked by road and rail to the port of Newcastle, about 85 km to the south east.  Developed on a lease covering an area of 1735 hectares, the open cut mine, coal handling and preparation plan has a design capacity of 1.35 Mtpa

Subject to variations in market demand, the new Camberwell mine was to produce a mix of 60% steaming coal, 10% soft coking coal and 30% semi-soft coking coal.

A major feature of the mine was a coal preparation and bulk handling facility designed and constructed by the Sydney-based BMCH Group and at a cost of $42 million.

The plant was of closed circuit, dense medium design, incorporating dual band press filters which de-water the slurry from an Enclear high rate thickener before discharging the slurry onto the plant reject conveyors.

This eliminated any necessity for pumping the process slimes or tailing into tailing ponds.

Run-of-mine coal is drawn either from a 400 t capacity ROM hopper or from and 80,000 t stockpile equipped with stacking and reclaim facilities.

Clean coal from this coal preparation plant was conveyed to a 175,000t stockpile equipped with a 3500tph underground reclaim conveyor and a continuous train loading circuit.
The clean coal produced a potential value of $80 million a year. The Camberwell mine was expected to employ a workforce in excess of 150.

“As a result,” said Ken Butcher, “our contractual obligations were fulfilled both on time and within budget.”

sourced and modified from Australian Mining

Note: Close Consultants provided all civil and structural engineering expertise on this project.