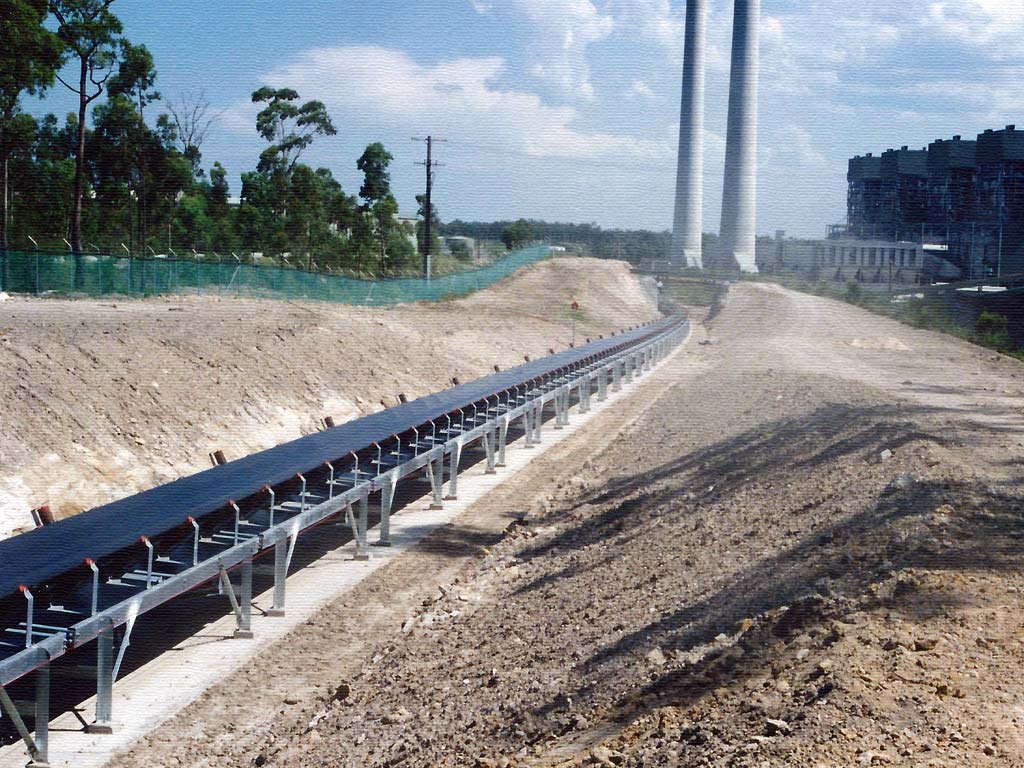 The overland curved conveyor supplies coal to the power station. The conveyor is about 1.6Km in length starting at the train unloading station and terminating at a transfer tower.  Another conveyor then feeds the coal directly into the power station storage hoppers. The curved conveyor has a an apron slab underneath the conveyor for its full length and its purpose being to capture and control any spillage from the conveyor.  The train un-loading station consist of a rail loop and eight reinforced concrete storage bunkers . The top of the bunkers support the train as it travels over the hoppers and discharges the coal directly from the bottom of the wagons  into the hoppers. The conveyor and the bunkers have been design to be articulated due to the anticipated mine subsidence at the site. The design of the conveyor and un-loading system was the winning non-conforming tender which Close Consultants developed in conjunction with the bidding contractor John Holland.