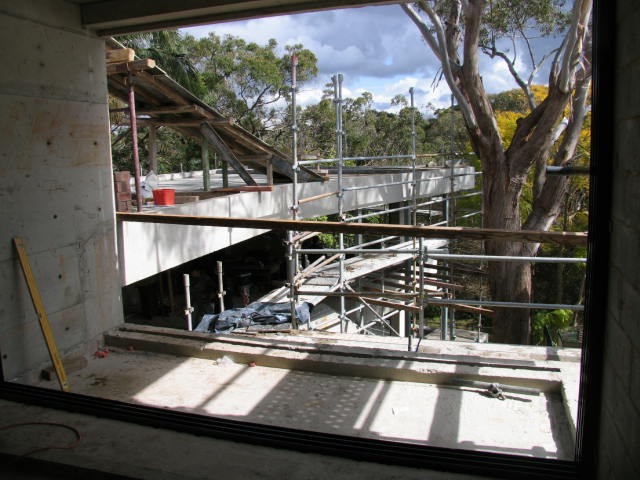 The brief was to design a large modular open plan house. The three to four storey residence steps down a steep sloping site. It comprises a series of cantilevered suspended concrete modules creating a sense of space and form while allowing the vegetation to grow in, under and around the structure.

The building is a simple reinforced concrete slab, column structure with large glass wall panels. The suspended floor slabs are supported on reinforced concrete columns bearing on concrete piers or pad footings. The footings are founded on the underlying sandstone.