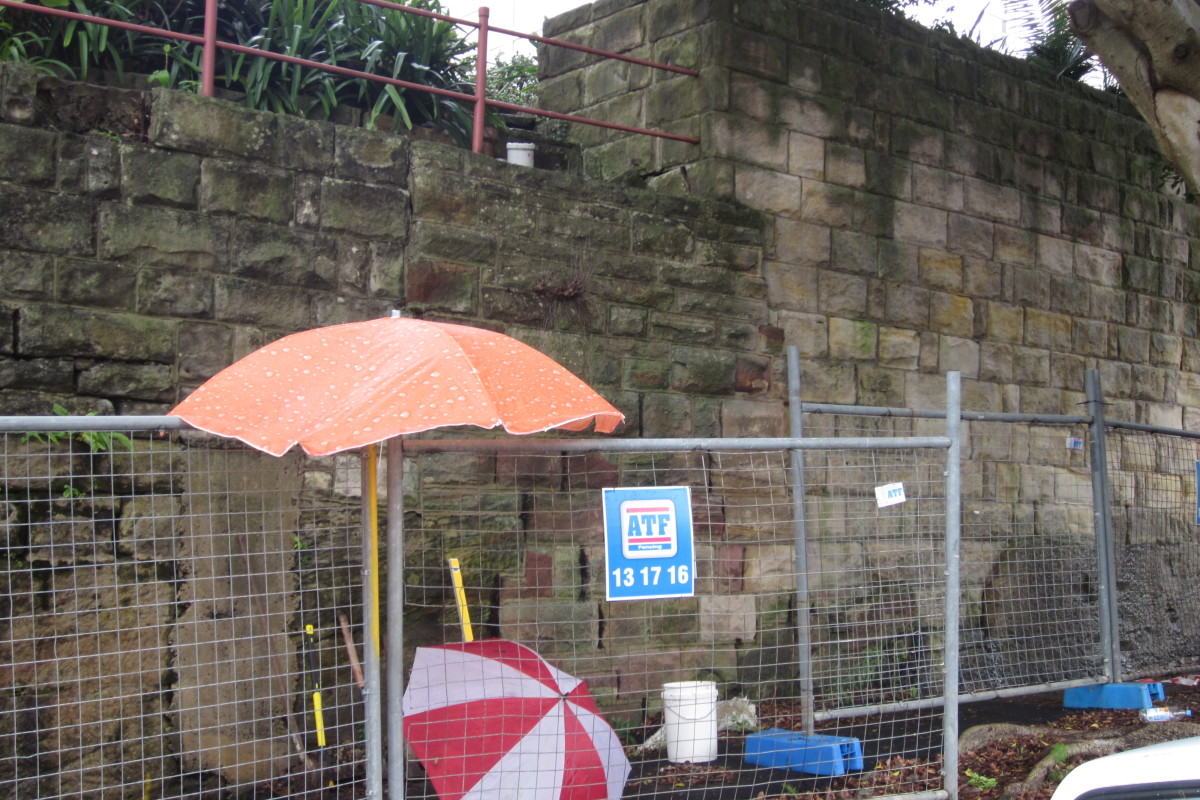 This old sandstone retaining wall which ran along the street boundary of the property was over three metres in height. The wall over time had started to lean outwards into the street.In places some of the sandstone blocks had fallen from the wall onto the footpath. The Council had issued a defect notice to the owners of the property. Initially Close Consultants (CC) were employed by the owners of the property to investigate and prepare a report on the structural condition of the wall and establish the reason why it had started to fail by rotating outwards. It was concluded in the report that upstream alterations to the flow of stormwater in conjunction with the planting of inappropriate and oversized trees and shrubs behind the wall had been the main cause of the structural damage.

Further to the investigative work CC were employed to prepare specifications and tender documents for the repair of the wall. A contract was awarded and the wall reinstated to its original good condition.