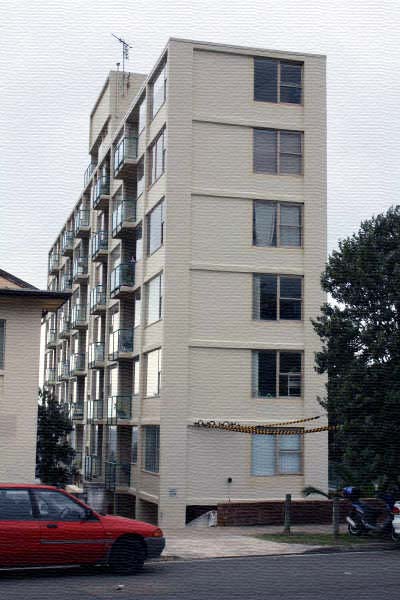 This building was constructed about 1960 and is a reinforced concrete frame with load bearing masonry infill walls. The building is situated close to the ocean and is very exposed to the elements. Close Consultants were appointed by the Owners Corporation (OC)  to review a proposed contract for undertaking some urgent concrete repairs. After reviewing the relevant documentation and inspecting the building it was concluded that the proposed contract of works was inadequate, since it failed to make sufficient allowance for the necessary repairs. The contract documents were therefore upgraded and a new tender process initiated. The original scope of works was further increased resulting from our inspections that found many of the northern concrete columns to be in very poor condition.  The contract was awarded and the works completed over a period of about six months. Close Consultants acted as project managers and contract administrators.